Metacrawler is one of the first meta search engines. It started in 1995 and was developed at the University of Washington by the then doctoral students Erik Selberg and his professor Oren Etzioni as part of a doctoral thesis. Originally it was developed to investigate the semantic structure in the World Wide Web. In 1997 Metacrawler was acquired by Go2Net which in turn was acquired by InfoSpace, Inc. in 1999. In 2014 Metacrawler was integrated into Zoo.com, another of InfoSpace's search engines. Metacrawler initially transferred the domain to Zoo.com and later to Excite. In 2016, InfoSpace, Inc. and all its products were sold to OpenMail, which was later renamed System1. Since 2017 Metacrawler is offered again as an own search engine, whereby it is now a search interface, which Bing uses as a search. 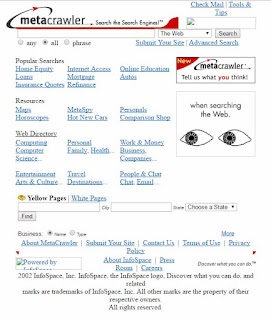 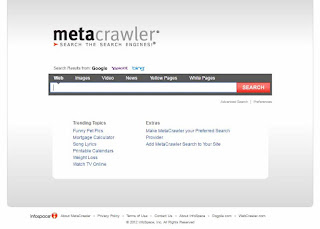 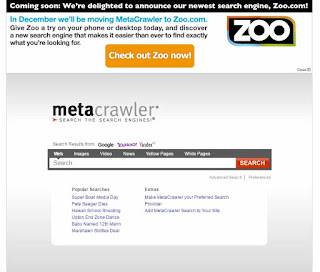