AlltheWeb was an Internet search engine, which was online from 1999 to 2011 and originated in Norway. It was initially intended as a showcase website for FAST's enterprise search engine, which made its database available to other search engines. FAST itself emerged from FTP Search, which Tor Egge developed in his doctoral thesis at the Norwegian University of Science and Technology. This led to the founding of Fast Search & Transfer (FAST) on 16 July 1997. Initially, FAST had a partnership with Lycos. From January 2000, Lycos used the results of AlltheWeb (FAST) in the Lycos PRO search. FAST's FTP Search, MP3 Search and Multimedia Search were offered until 2001 via Lycos and not via AlltheWeb. FAST's goal was to have the largest index on the web. The AlltheWeb (FAST) database had grown from 80 million URIs to 200 million. By June 2002 it was over 2 billion pages and by 2004 it was about 3.3 billion URIs. In February 2003, AlltheWeb was acquired by Overture, which in turn was acquired by Yahoo in March 2004. After the acquisition of Yahoo!, AlltheWebdie used the Yahoo! database. Functions such as FTP search and direct image search were removed. On April 4, 2011, AlltheWeb was discontinued and redirected to Yahoo! Search. 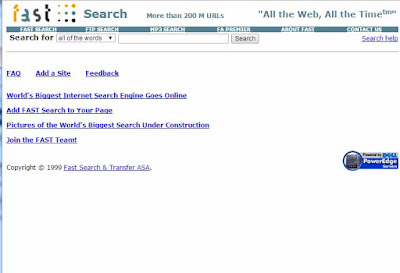 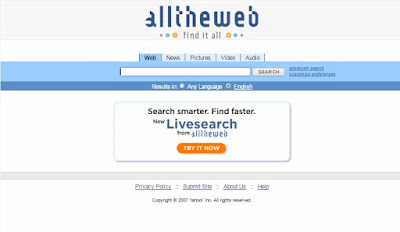