Alexa Internet was founded in 1996 by the Americans Brewster Kahle and Bruce Gilliat. Initially Alexa offered a browser-based web navigation service. Via a toolbar, users received suggestions for the next steps, based on the traffic patterns of all users involved. Alexa also offered various page information: who she was registered for, how many pages she had, how many other websites pointed to her, and how often she was updated. Alexa users can vote on how much they like a website. Each user can only vote once per page. The data thus collected was archived and served as the basis for the creation of the Internet archive. In addition, a two terabyte copy of the archive went to the Library of Congress. In 1999 Alexa was taken over by Amazon.com. Alexa began a partnership with Google in 2002 and with the Open Directory Project in 2003. In 2006, Google was replaced by Live Search as a search results provider. In addition to search results, ratings and page statistics are also displayed. In December 2006 they published Alexa Image Search. In December 2005, Alexa opened its extensive search index and web crawling functions to third parties, who could develop their own search offers based on it. This service was discontinued in 2009. On March 31, 2009, the Alexa website underwent a fundamental overhaul and since then has offered the web traffic metrics still available today (2019). 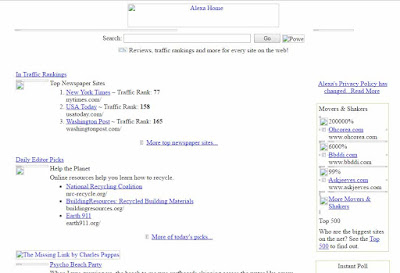 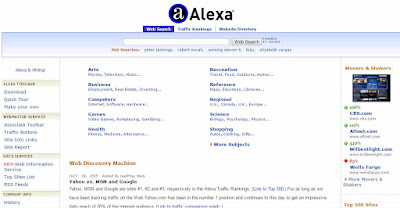