This site is configured to block access from Germany.

Italia OnLine was launched in 1994 as one of the first Internet Service Providers in Italy. The first web version followed in 1995. In 1996 Italia OnLine, together with the SerRA Centre of the University of Pisa and the laboratory of Pisa Olivetti Telemedia (now part of Wind), developed the Internet search engine Arianna, which specialises in Italian websites. 1998 Italia OnLine is taken over by Infostrada S.p.A. 1999 the search engine Ariadne is integrated into the homepage. In 2000 Arianna was further developed and the search systems Mp3, images, videos and group search were added. 2002 Infostrada S.p.A. is taken over by Wind S.p.A.. Libero is created, the portal that brings together the worlds of Italia OnLine, Libero and Inwind. In 2003 the search services of the portal are renamed Libero Ricerca. Its backbone is Ariadne, which expands its capabilities with three different technologies: text analysis, link popularity and speech analysis. Libero Ricerca also launches the textual web search service via Google. 2004 sees the launch of Webnews, the automatic press review that shows news from over 100 Italian newspapers in real time. 2005 Libero Blog is created. In March 2005, Libero WebNews, the search engine for the world of information, starts collecting news published by local and regional newspapers and publishing them on the Internet. In September 2005, Libero.it exceeded 1 billion page views per month for the first time. In May 2006, Libero Video was born, the first video sharing platform in Europe that allows users to share their personal videos online. In 2008, Libero Video adds Biscione's cult TV shows to its range of clips, which finally arrive on the PC. On 1 July 2008, the news section of the portal changes: the section of Libero dedicated to news is completely renewed thanks to a partnership between Wind and ANSA, the first Italian information agency. ANSA guarantees the quality, reliability and timeliness of the news, which will become the exclusive supplier of the portal. In April 2010, Libero News will be enriched with a new thematic channel dedicated to the world of sport. On 4 May 2011, Libero News presented its exit from Wind and the creation of a new company called Libero Srl, which also includes Weather Investments' ITNet Internet service provider and the Egyptian tycoon Naguib Sawiris. In the summer of 2012, Libero srl announced the acquisition of Matrix SpA, a wholly owned subsidiary of Telecom Italia Group and owner of the Virgilio portal. The merger of the two companies Italiaonline Srl became Italiaonline SpA at the beginning of 2013. On 20 June 2016, the company merged with Seat Pagine Gialle SpA, which was renamed Italiaonline SpA. In 2016, the portal will take over the search engine Bing for its search services. 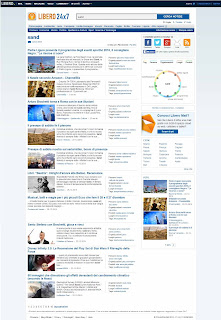 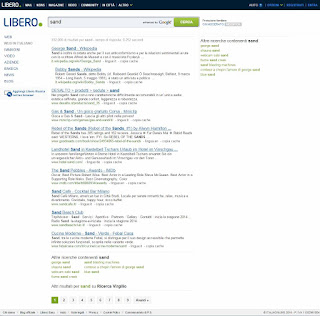