The Alvis Wikipedia Search was a special search engine that analyzed Wikipedia content using semantic approaches. Wikipedia content was exported to the ALVIS environment. This determines its own static ranking and enables content categorisation, which enables a more targeted search. The AlvisP2P IR engine was a special search engine developed as part of a European research project. The aim was to develop an open source prototype of a distributed, semantically based search engine for the automatic analysis of full texts, which optimized the result output. Alvis was developed by the Alvis Consortium, consisting of eleven partners from six countries of the European Community, Switzerland and China. The research project ran from 2004 to 2006. The full-text content came from Wikipedia, the resulting search engine Alvis Wikipedia Search was published after the project. Another project using ALVIS Technology was the ALVIS Search Engine News, which captured news and blog content via RSS, making it searchable and findable. 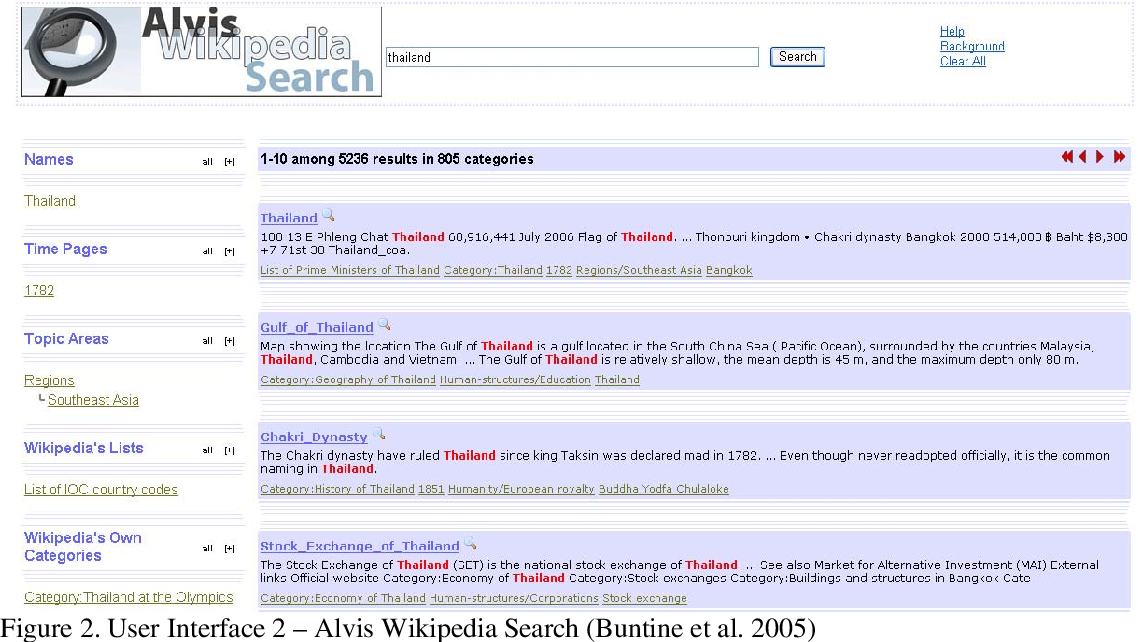